"Axiomatis" (also known as the "TS Anthem" featuring the TRUTHSt4lk3rz) - a Latin word meaning "core principle" or "fundamental truth" [1] - is a song from the 2014 fourth full-length studio album, Defying Gravity. [2] The song is a collaboration involving Bentley Jones and his fans - known as TRUTHSt4lk3rz - who provided the lyrics, extra instrumentations, back-up vocals and video contributions to the official video. [3] [4] [5] [6] [7]

The music video of "Axiomatis" was uploaded to YouTube on the day of the album's release. The music video also debuts what is described as a "darker" version of Bentley called the "Axiom". A free download of the song is currently available from Bentley's official Facebook account. [8] 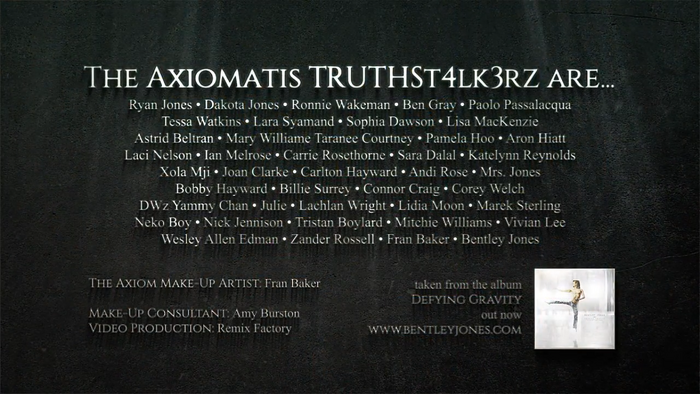 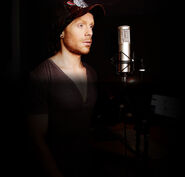